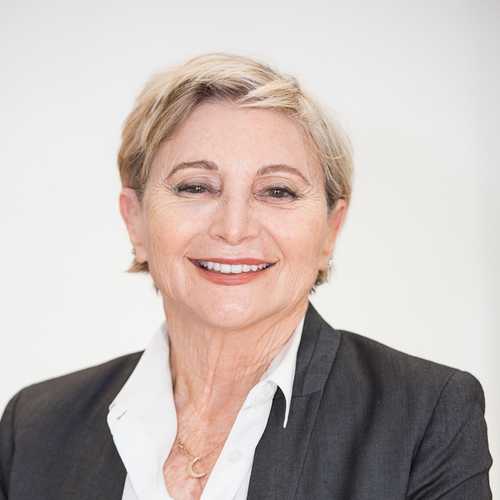 She is Clinical Professor of the Boden Collaboration for Obesity, Nutrition, Exercise and Eating Disorders), the Brain Mind Centre, and the Discipline of Psychiatry, Sydney Medical School of the University of Sydney.

Her University of Sydney MD (1993) was in the area of body composition in anorexia nervosa using in-vivo-neutron-capture-analysis. Prof Russell has published in many areas relating to eating disorders, and has been invited to write editorials and commentaries for World Psychiatry, BMJ and ANZJP on treatment and diagnostic issues. She has more than 100 peer-reviewed articles that have received 1,869 citations.

Since 1990, Prof Russell has served as Medical Director of the Eating Disorders Program at the Northside Clinic, Greenwich, an affiliated teaching hospital of the University of Sydney, which recently relocated to St Leonards, Sydney. In 2004 Prof Russell commenced as a Visiting Medical Officer and Director of the eating disorders inpatient and outpatient service at the Peter Beumont Unit, Royal Prince Alfred Hospital.

She has supervised and continues to supervise a number of Honours, Masters, PhD and RANZCP students which has resulted in many peer-reviewed publications.

Prof Russell has reviewed for the National Health and Medical Research Council on various occasions and has been invited to join a review board for clinical trials in September 2018. She has been a reviewer for a number of journals including BMJ, Lancet, Biological Psychiatry, Psychoneuroendocrinology, American Journal of Clinical Nutrition, Medical Journal of Australia, and the Australia and New Zealand Journal of Psychiatry. She recently joined the editorial boards of The Journal of Eating Disorders and Weight and Eating Disorders.