Innovative treatment models developed locally in regional and rural areas are transforming eating disorder care in New South Wales, allowing people to be treated closer to home and improving their outcomes and experience.

The changes, made as part of the single largest eating disorder clinical redesign undertaken in Australia, will be presented at the 2022 NSW Eating Disorders Forum today at InsideOut Institute for Eating Disorders, a joint venture between the Sydney Local Health District and the University of Sydney. 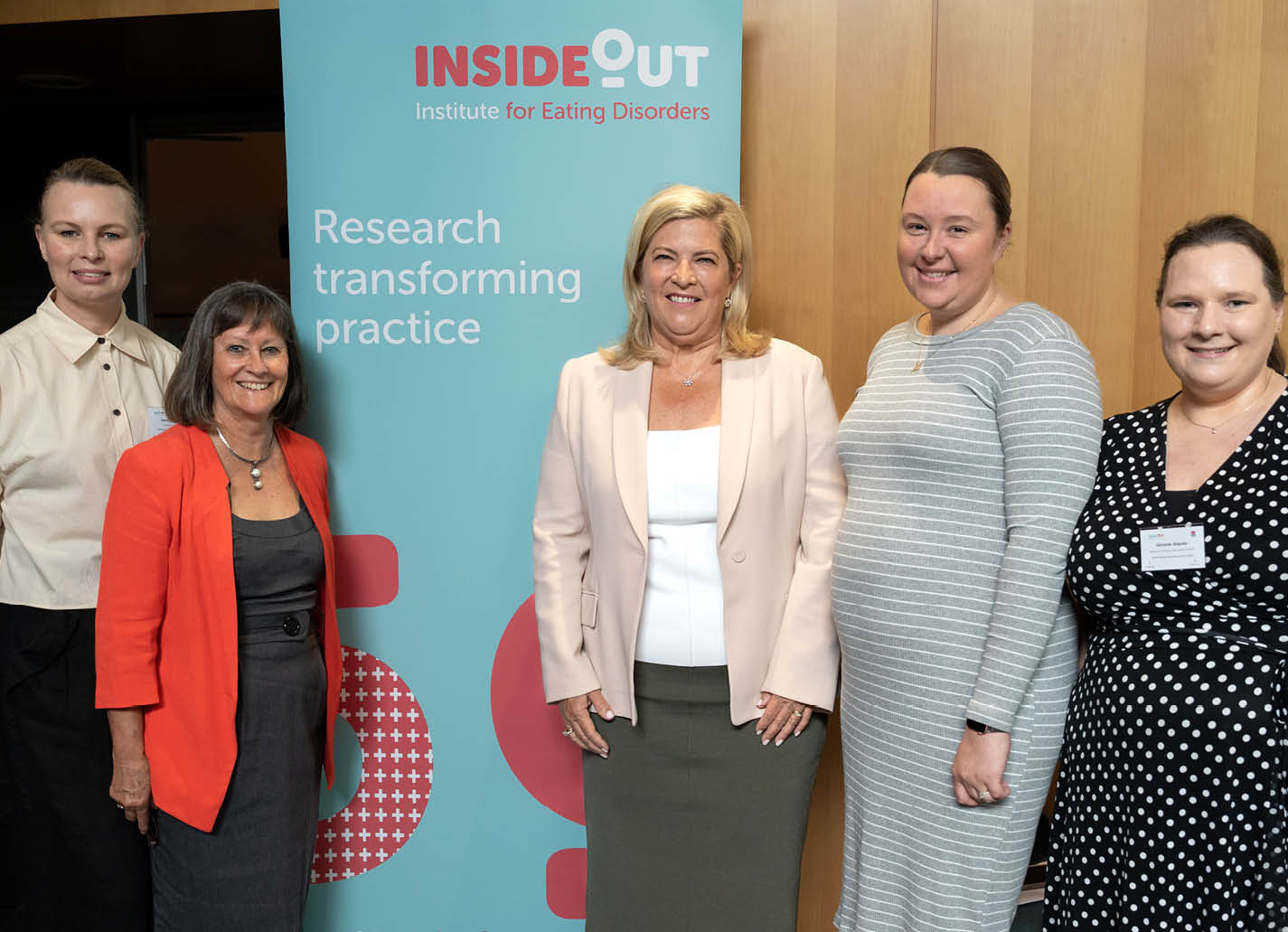 More than 200 frontline health workers from across NSW, including doctors, psychiatrists, psychologists, dieticians, nurses, social workers, occupational therapists and health service managers are attending the forum to work on improving services for people with eating disorders and their families and carers.

1.2 million Australians are living with an eating disorder but less than a quarter receive evidence-based treatment. Eating disorders are the leading psychiatric cause of death and have a profound impact on families and communities.

The NSW Government has invested over $39 million in its reform program to date and health districts across NSW have committed resources and staff.

InsideOut Institute Deputy Director and Head of Service Development & Policy Danielle Maloney said NSW is working toward ensuring every person with an eating disorder will be identified and supported to receive the care they need, wherever they enter the health system and no matter where they live.

“Since the release of the NSW Service Plan, we are seeing innovative changes to the way eating disorders treatment is being delivered - particularly in regional areas - resulting in improved access and journeys through the health system for people with eating disorders and their families and supports, via new pathways to care and high-quality care being delivered closer to home,” said Ms Maloney.

Eighteen eating disorder coordinator positions located in local health districts and specialty networks across NSW are building workforce capacity to deliver programs which include hospital in the home, consultation services between treatment providers, designated home wards and alternatives to the emergency department as the admission pathway to hospital.

An innovative Hospital in the Home service for people with an eating disorder developed in 2020 in Orange has meant less time in hospital and more care being delivered in the community.

Western New South Wales Local Health District (WNSWLHD) Eating Disorders Coordinator Meg Vickery says that, in the absence of an intensive eating disorder service, this model of care has resulted in improved outcomes for consumers through eating disorder education to clinicians and better consultation between emergency departments, dietetics, and psychiatry.

“The best treatment is to keep people in the least restrictive environment. I am thrilled to see that this program has assisted with keeping adults with an eating disorder out of hospital and enabled them to re-engage with their lives,” said Ms. Vickery.

At Wagga Wagga Base Hospital, people with an eating disorder are now admitted to a designated ward. This has enabled a core team of nursing staff to develop the skills and confidence to manage treatment and has resulted in improved outcomes for consumers, according to MLHD Psychologist and Eating Disorders Coordinator Angela Farrell.

“In rural areas we don’t have a lot and we must make the most of what we’ve got. I’m pleased to say that with a consistent medical team supported by psychiatry, treatment for people with eating disorders begins immediately at Wagga Wagga Base Hospital where there is improved collaboration and clear treatment plans,” said Ms. Farrell.

Admission to inpatient settings for people with an eating disorder in many LHD hospitals most frequently occur via the Emergency Department, regardless of whether emergency admission is required. An alternative pathway is set to be piloted in the Hunter New England Local Health District (HNELHD).

HNELHD Eating Disorder Coordinator Mel Hart says this puts people with a lived experience of an eating disorder at the centre of their treatment.

“For people with an eating disorder, being admitted to hospital can be an anxiety provoking and stressful experience. I am excited to see a planned admissions process enable a smoother transition into care for patients and their families and carers,” said Ms. Hart.