Overcoming Binge Eating: Influencer, dietitian Lyndi Cohen on healing her relationship with food and her body

She’s a media nutritionist and dietitian, and an influencer with more than 100k Instagram followers but you won’t find Lyndi Cohen posting gym selfies, fad diets or superfoods you can’t pronounce.

Lyndi Cohen gave up trying to be perfect a while ago.

The ‘Nude Nutritionist’ hates photoshop and avoids adding filters to her photos. Instead, she posts “Instagram” v “reality” pics and calls out diet culture and words like ‘detox’ (your body does that just fine without some expensive tea, in case you’re wondering).

“I think we have a bit of a culture of constantly feeling like we're not good enough – like we need to do better”, she explains to InsideOut.

Showing up online exactly as the “flawed and imperfect human” that she is has built Lyndi a massive following.

“The key realisation for me,” she says, “was that I didn't need to keep striving to be happy.”

You would be forgiven for brushing this statement off as the ‘gram-worthy’ platitude of a highly successful entrepreneur, dietitian, TV nutritionist and author.

But once you learn Lyndi’s story, you might appreciate just how remarkable this realisation actually is.

Lyndi Cohen was put on her first diet by a nutritionist when she was 11 years old.

Just let that sink in for a moment. 11. She was a child, put on a diet by an adult, and subjected to frequent weigh ins to measure her “progress”.

She would watch her twin brothers eat pasta for dinner while she was given carrot noodles. 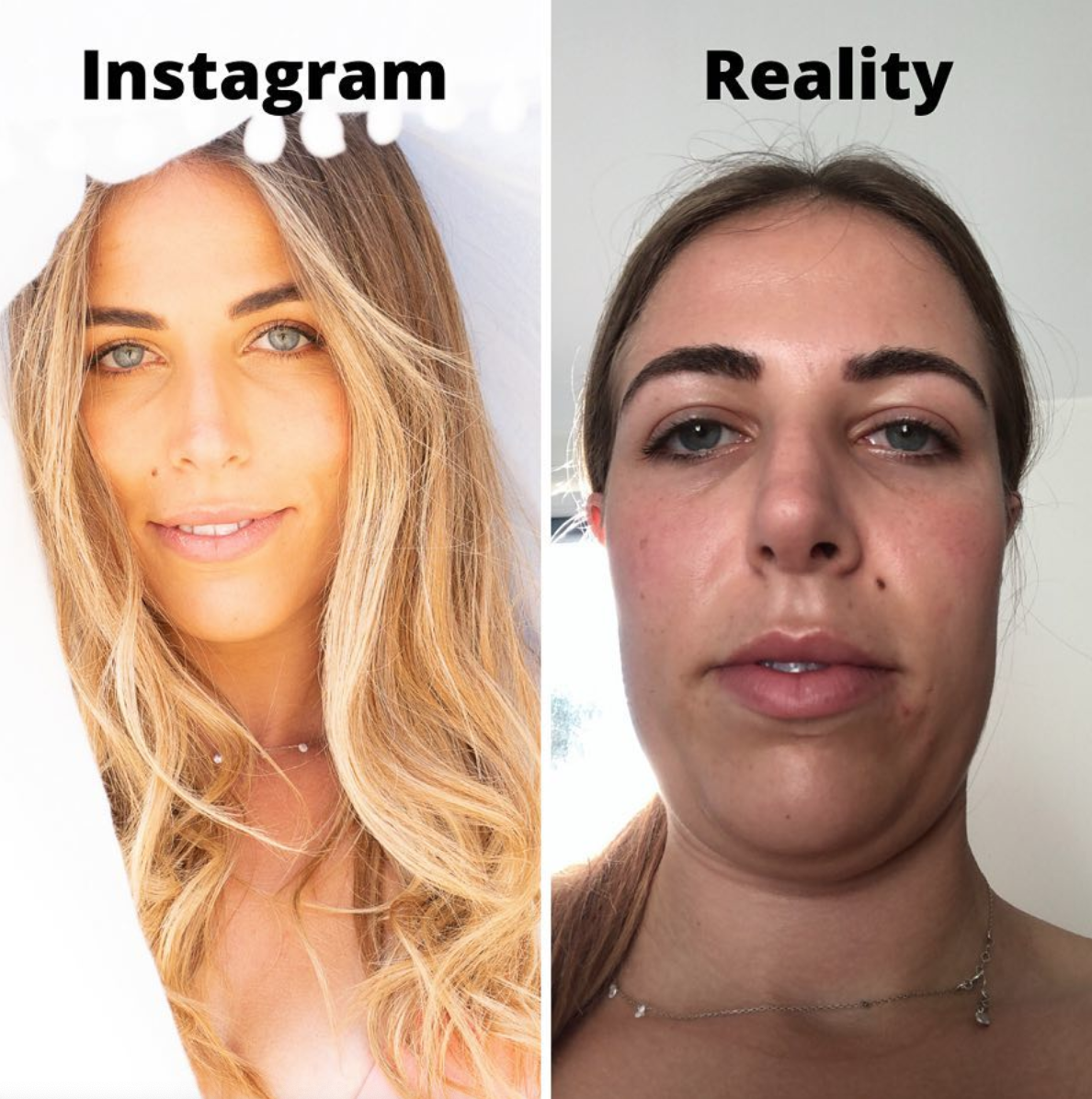 Lyndi was led to believe losing weight was a “good thing” and that “good girls ate less”.

You can almost hear her sigh as she explains how wholly unsurprising those messages are in a culture that promotes a narrow definition of beauty.

“We do live in a world where there's one size that seems acceptable, and yet that size is unattainable by anyone because even the models who have that so-called ‘desirable look’ are photoshopped and manipulated to look that way. And so, we chase this unattainable goal.”

Lyndi’s “chase”, at such a young age, lead to restricting her food intake and over exercising.

“I got a calorie counter book. I became obsessed with the numbers and tracked everything I ate. I started over exercising and under eating, and measuring myself based on whether or not I lost or gained weight that day.”

By 16-years-old she was binge eating - “sneaking into the family pantry” to find all the foods she was “missing”, only to stop when someone came home.

FREE TRIAL OF ONLINE CBT PROGRAM FOR BULIMIA NERVOSA. The University of Sydney is currently recruiting volunteers to try out a new eTherapy for Bulimia Nervosa, called Binge Eating eTherapy, or BEeT. For more information, or to express your interest in participating in this study, please go to https://beet.insideoutinstitute.org.au.

Lyndi says the hardest part was how lonely she felt - “like everyone else had more will power than me and that there was something wrong with me.”

What Lyndi was experiencing didn’t yet have a name in the manual used to diagnose psychiatric disorders, the DSM and so she “suffered and struggled in silence”.

(Binge Eating Disorder wasn’t included as a full-fledged diagnosis that parallels the other main eating disorders of Anorexia Nervosa (AN) and Bulimia Nervosa (BN) until the DSM-5, in 2014)

Still, those around her gave her more disordered eating advice dressed up as “health advice” - something she says is still socially acceptable today.

“Somehow, because someone is not thin enough, we neglect their mental health”.

“So many eating disorders go unnoticed because of diagnostic criteria – we almost wait until people get really sick before they get a diagnosis”.

As a dietitian, Lyndi saw clients who hadn’t been diagnosed with an eating disorder but whose complicated relationships with food were having a huge impact on their lives.

"There's a whole range of people who sit in this murky disordered eating world who never get support and help and realise that they don't have to live like that.”

Lyndi’s own realisation came at 21-years-old. Standing in front of a change-room mirror she saw just how sad the young woman was staring back. 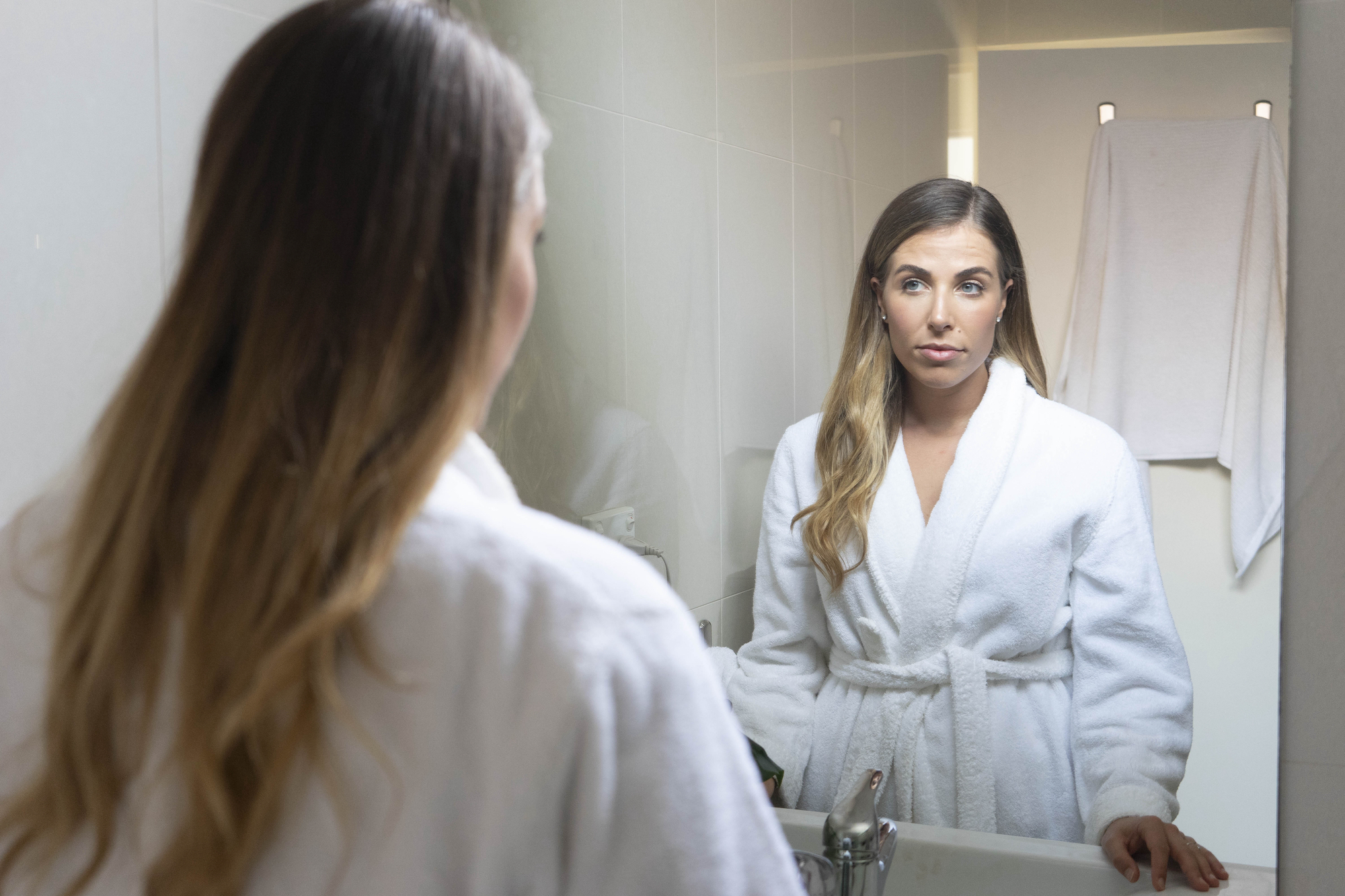 “I really reached breaking point. I realised I've been dieting and obsessed with food for the last 10 years and I hate my body more than ever. I don't want my life to be controlled by food”.

Lyndi booked a doctor’s appointment and was diagnosed with anxiety and binge eating disorder. It literally changed her life.

“There's this huge lightbulb moment - a beautiful realization for me to feel heard and seen and understood, and to know that I wasn't alone.”

But her parents – who had taken her to the nutritionist all those years ago – found these diagnoses hard to accept.

Rebuilding my life: A long journey made up of daily practices

What Lyndi did next takes guts and grace. First, she had a “powerful” realisation that she had autonomy over her body and she could decide how she’d fuel it.

Lyndi set clear boundaries and repeatedly asked her parents not make comments on her weight or what she ate anymore, and she started seeing a psychologist.

“Seeing a psychologist really helped me unpack my relationship with food and look at how the people around me had influenced the way I saw myself, and then I could rebuild who I was going to be from that point.”

Lyndi’s quick to point out that this ‘rebuild’ didn’t happen overnight – it took years.

Tending to her mental health is a daily practice which includes gardening, being conscious of the people she follows online, occasionally limiting time in front of the mirror and reading books which remind her to accept herself. 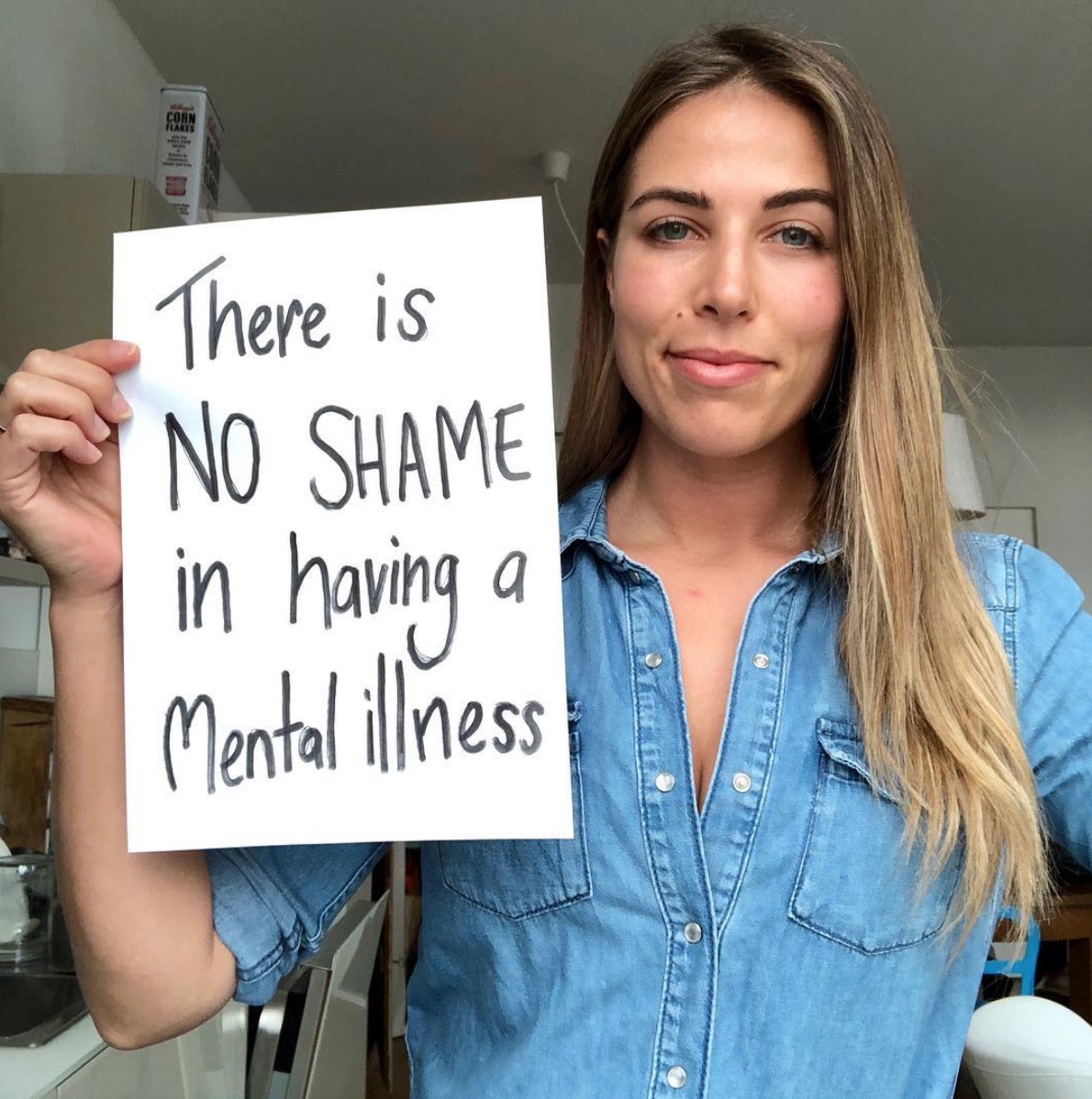 And no, she doesn’t believe you have to love yourself or your body, but you do need to respect both.

“There are days where I look in the mirror and I don’t love the person I see. But I respect myself enough not to allow how I look to impede or ruin my day. And that's powerful.”

Lyndi is just as frank about recovery.

“There's not really some island that you end up reaching. It’s natural to have doubts about how you look and who you are”. Recovery is an up and down process – you have good and bad days.

There are still some days Lyndi experiences the “eating disorder voice” but, in her experience, it’s become quieter over time as she’s gotten better at being able to tell it how she will respond.

Does she feel angry about the comments that influenced her relationship with food and her body in the first place? Not anymore. Though that also took time, perspective and compassion.

“I think ultimately what we've been doing for generations and generations is parents and families and sometimes friends have been passing down really unhealthy thoughts and beliefs around food.”

Lyndi, who will welcome her first child in December, is working hard to make sure they grow up in a world without disordered eating advice and poor body image lessons.

“I really feel like this generation is deciding that we're going to change the way we talk and think around food and it’s exciting!”

“I like to think we're going to live in a world where eating disorders aren’t as center stage as they are.”

“We want to intervene early”: Australia’s first online treatment for eating disorders is on its way

InsideOut's ‘Binge Eating e-Therapy Program’ is breaking new ground in online treatment. We caught up with InsideOut Institute and University of Sydney PhD researcher, Sarah Barakat, after her virtual presentation to the International Conference of Eating Disorders 2020.

“The journey of recovery may be long, but it is worth it”: Jennifer's 15 year road to recovery

For 15 years, an eating disorder helped Jennifer Hamer feel safe in a world that is full of uncertainties, but it robbed her of everything in life that brought her joy, including the chance to run for England. Here is how she changed her course and what she has learned along the way.